My Favourite Oscar Looks From The Past! 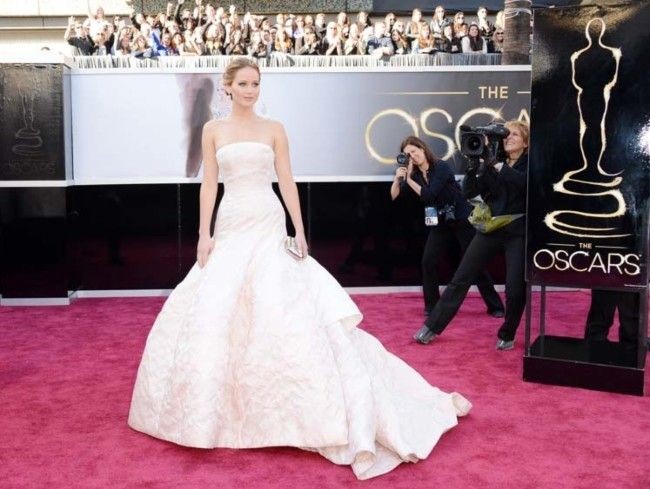 My Favourite Oscar Looks From The Past!

With awards season all leading up to the Academy Awards, the spotlight is not only on the actors nominated, but what everyone will be wearing. The Oscars red carpet is always a highlight to me, with some of the most memorable fashion walking it.

In celebration of this year’s ceremony, (can you believe the Oscars are only three weeks away?!), I’m counting down some of the most memorable red carpet looks of the past and naming my top ten best dressed of Oscars history! 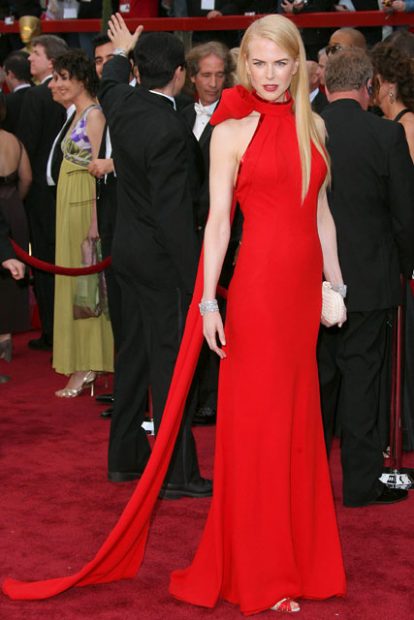 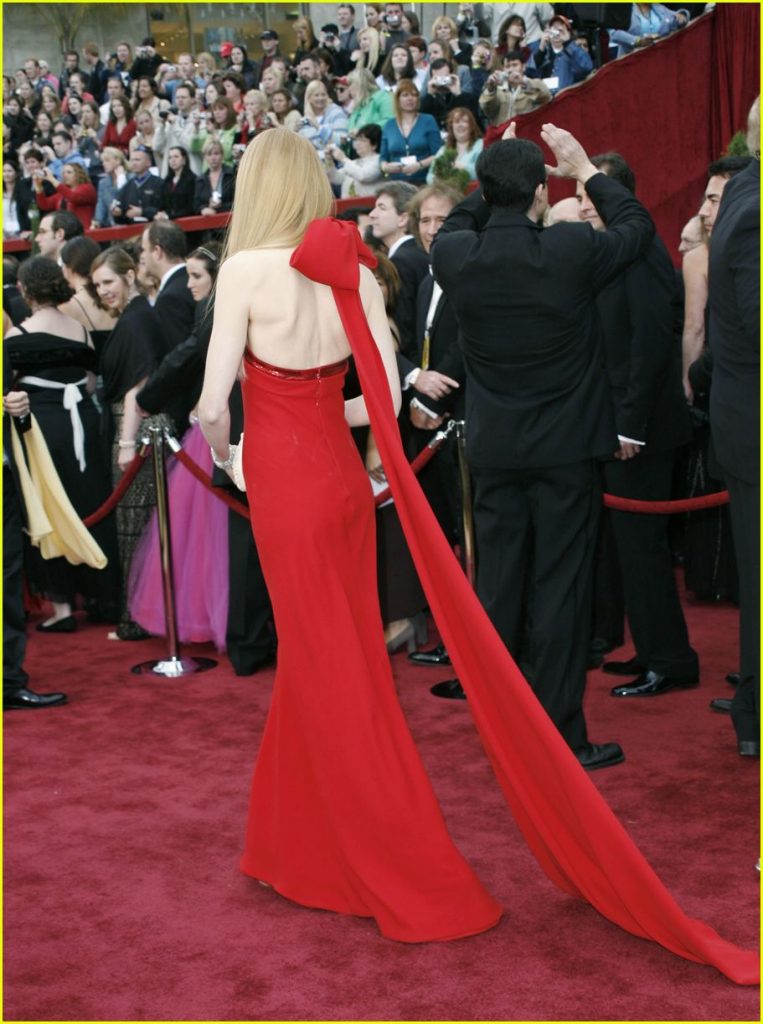 Nicole Kidman has been consistently on the best dressed list since the early nineties, but this crimson halter gown by Balenciaga she chose for the 2007 Oscars has gone down as one of her all-time best looks. The simplicity of the silhouette married with the statement bow at the neck was a masterstroke. 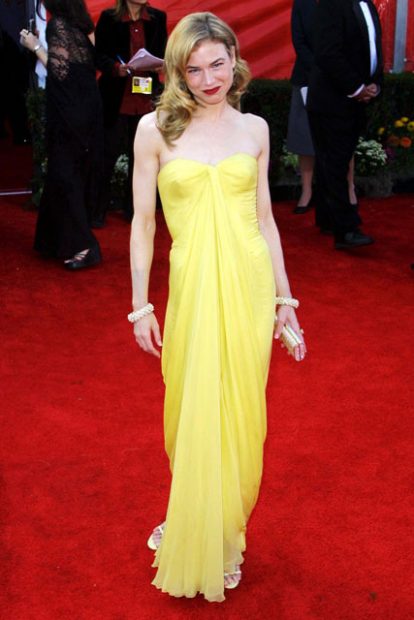 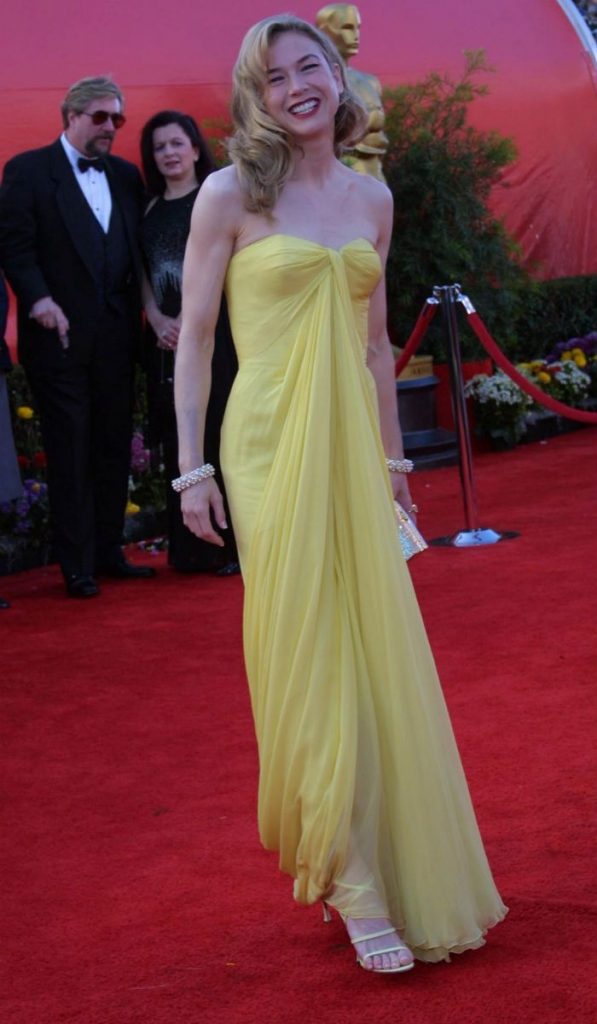 Standing out from the sea of black dresses at the 2011 Oscars, Renee Zellweger opted for a vintage lemon Grecian gown by Jean Desses, quickly taking her to style star status. The colour was a breath of fresh air and the old Hollywood hair and make up elevated the look. 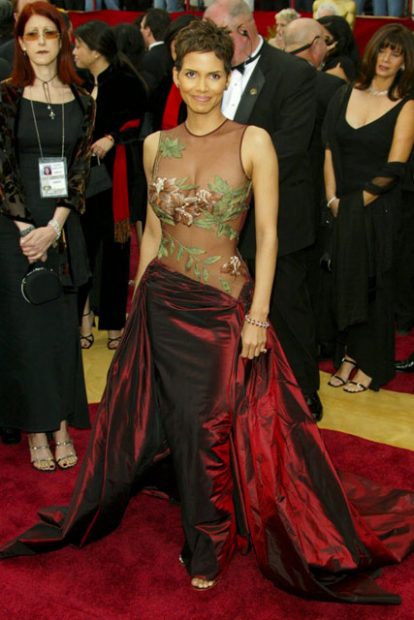 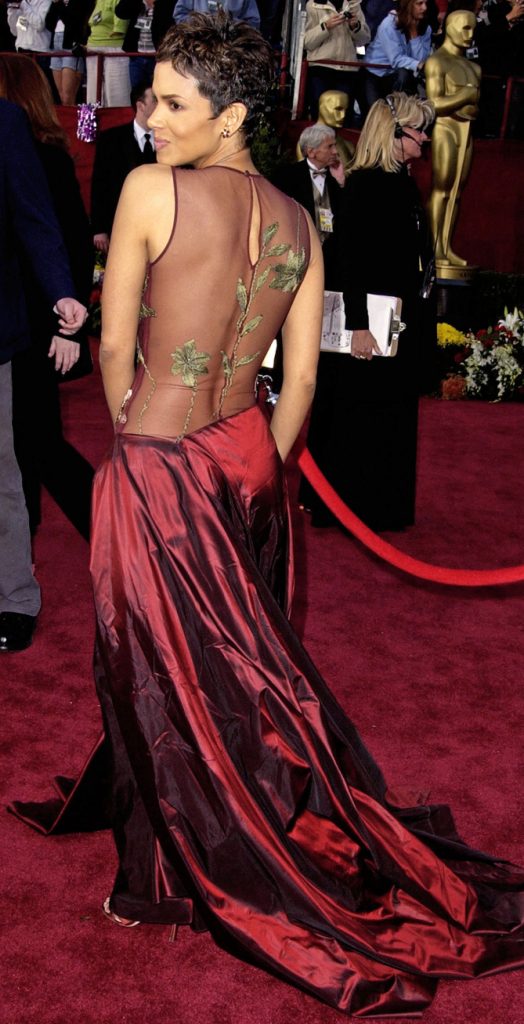 Who could forget this sheer gown Halle Berry wore to collect her Best Actress award at the 2002 Oscars? While it has gone down in history as a divisive gown, the romantic embroidery and full ox blood skirt may very well be the most memorable fashion moment on the Oscars red carpet. 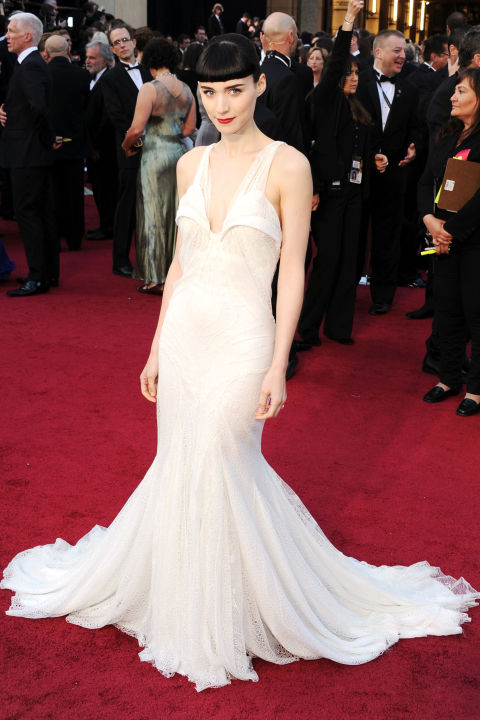 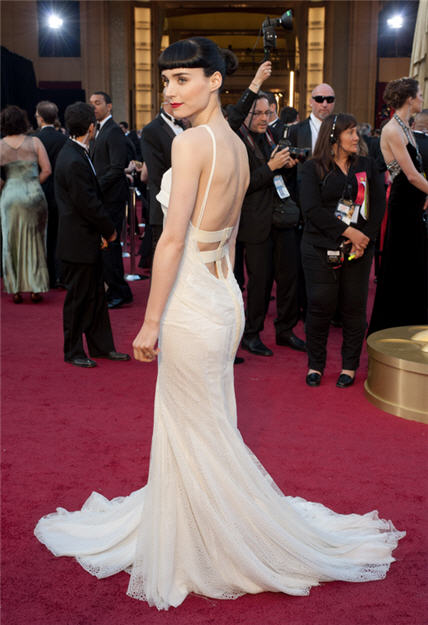 At the 2012 Oscars, Rooney Mara was still a relative newcomer, but her ivory Givenchy Haute Couture gown established her as a winner on the red carpet. The sculptural nature of the gown met with her tough girl fringe was one of the most fashion forward looks, and remains one of the most memorable gowns on the Oscar red carpet. 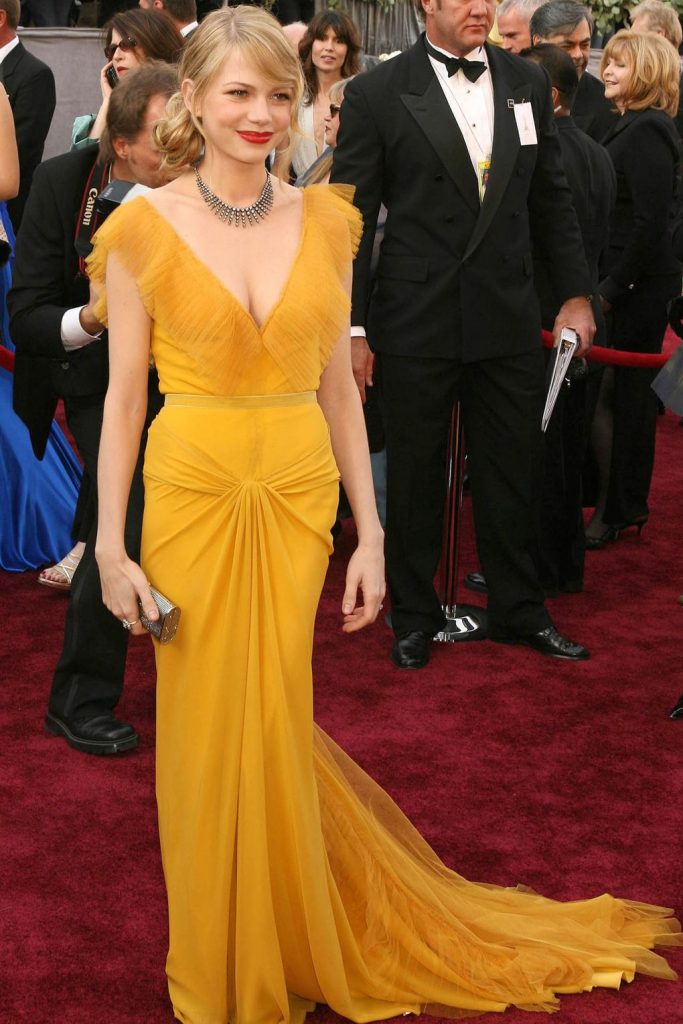 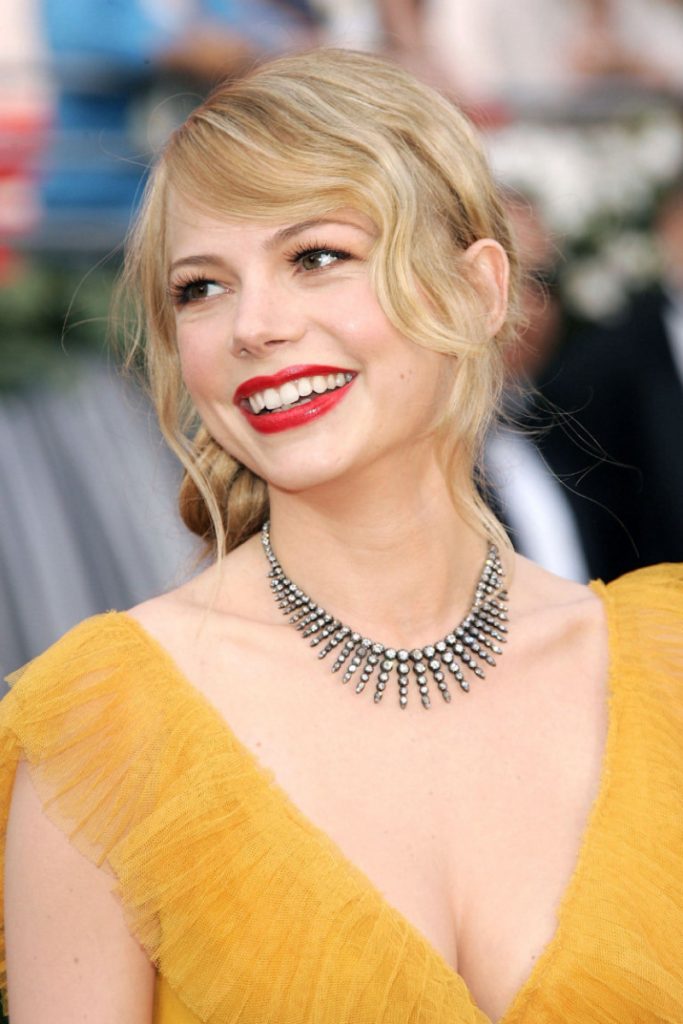 The second yellow gown on my list, and one of Oscar red carpet hall of fame entries is Michelle Williams in Vera Wang at the 2006 Oscars. The gorgeous pleating of the gown elevated the simple silhouette and the art deco necklace and red lip harkened back to old Hollywood. 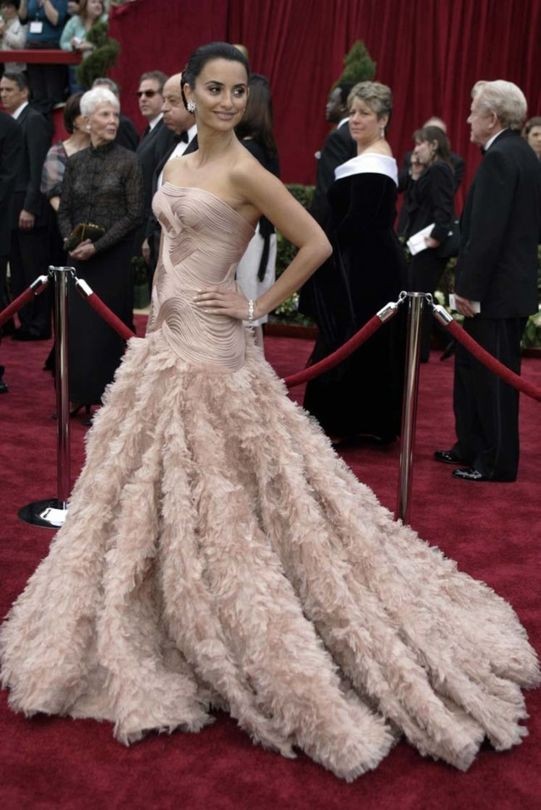 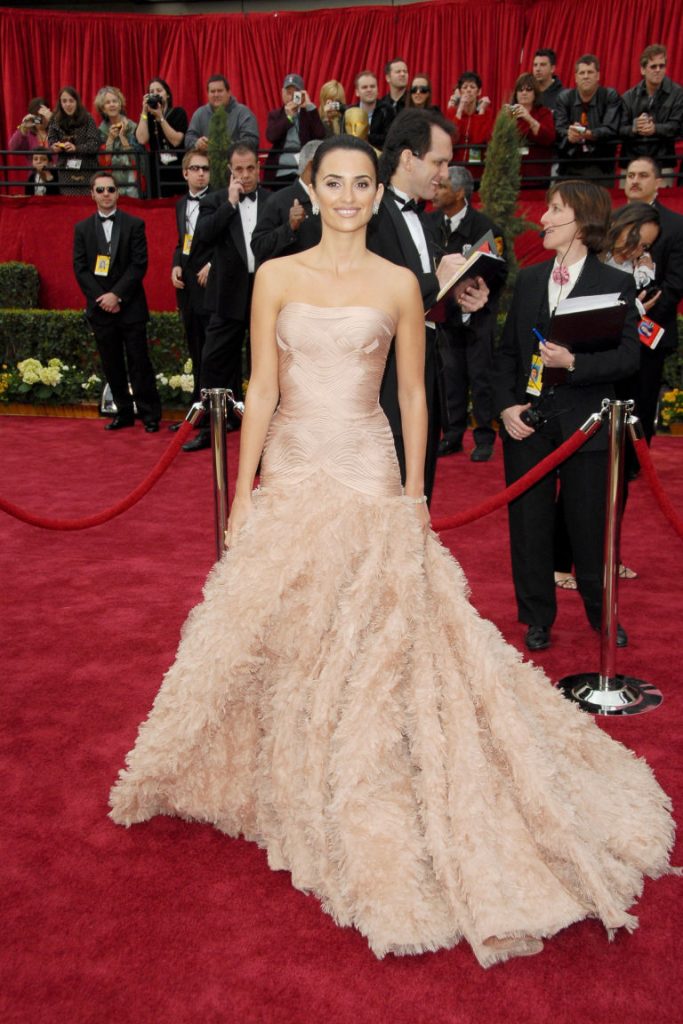 2007 was a great year for Oscar gowns (and for ex-partners of Tom Cruise) with Penelope Cruz in Versace joining Nicole Kidman in my best dressed list. I loved the intricate detail through the bodice meeting the full, feathered skirt, and the soft pink colour was perfect for her skin tone. 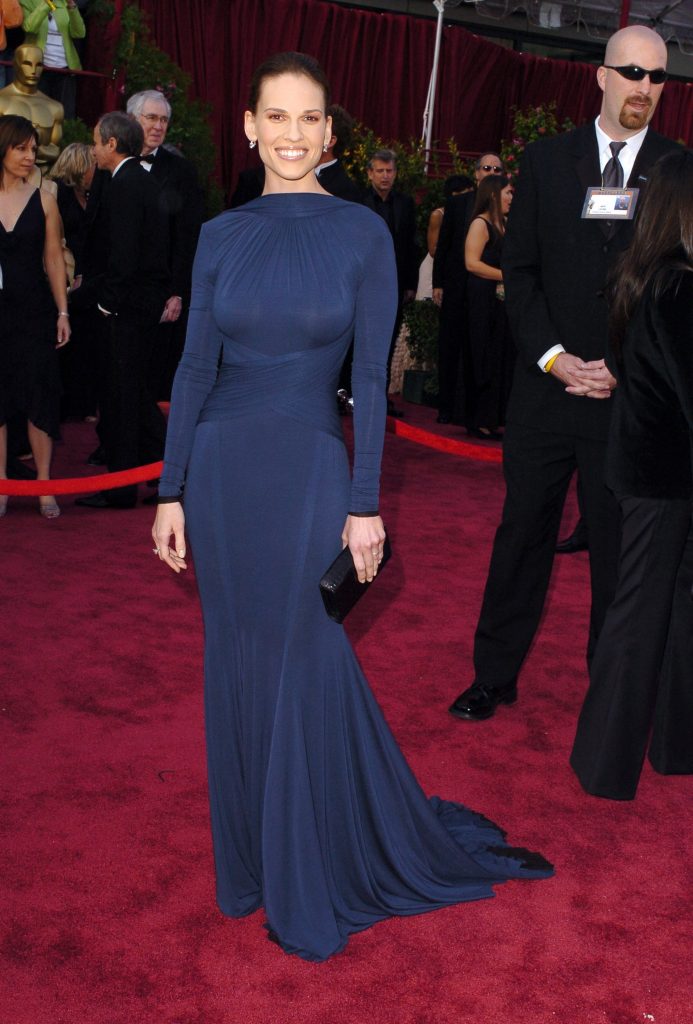 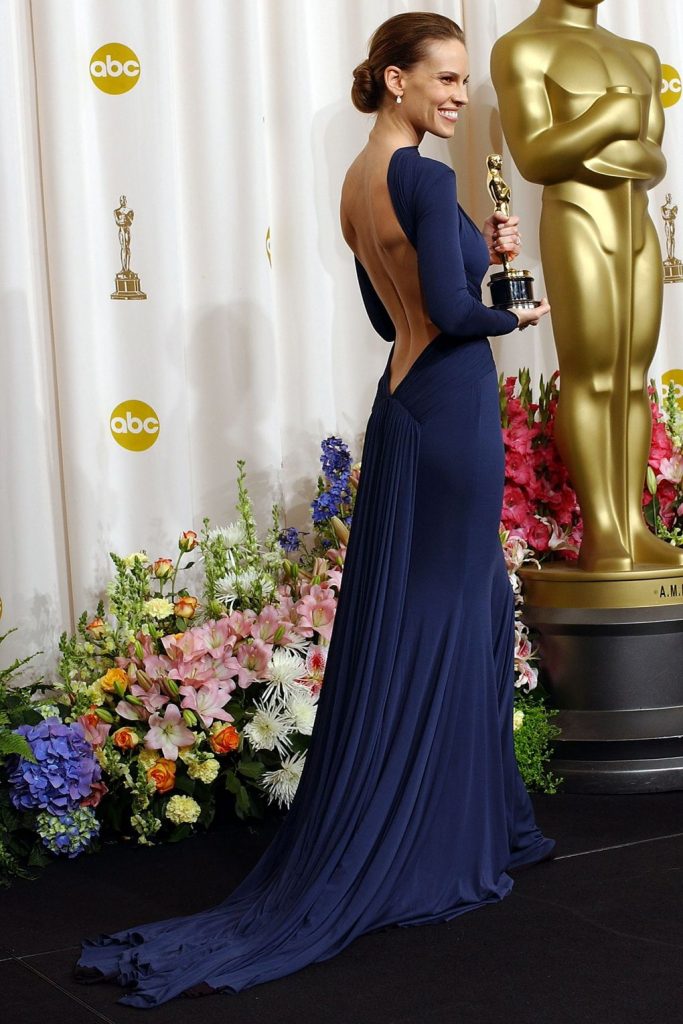 Taking home the Oscar for Best Actress (and many top spots for best dressed) in 2005 was Hilary Swank in a statement-making Guy Laroche gown. Created from 27 yards of silk jersey, the actress almost didn’t wear the midnight blue backless piece, announcing earlier in the month she was intending to wear another designer to the awards. 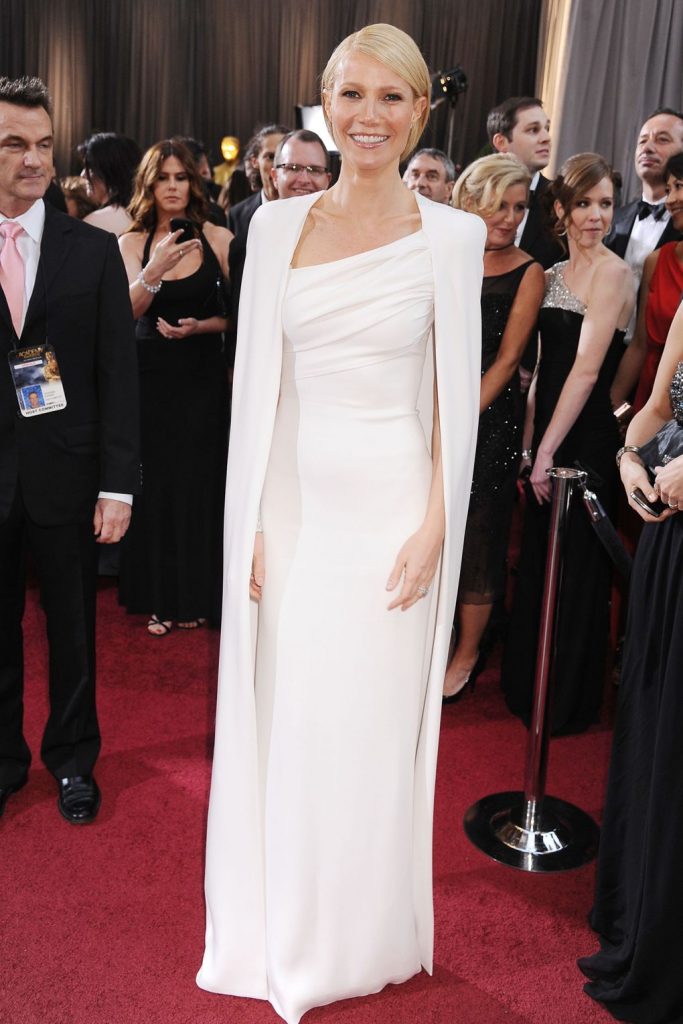 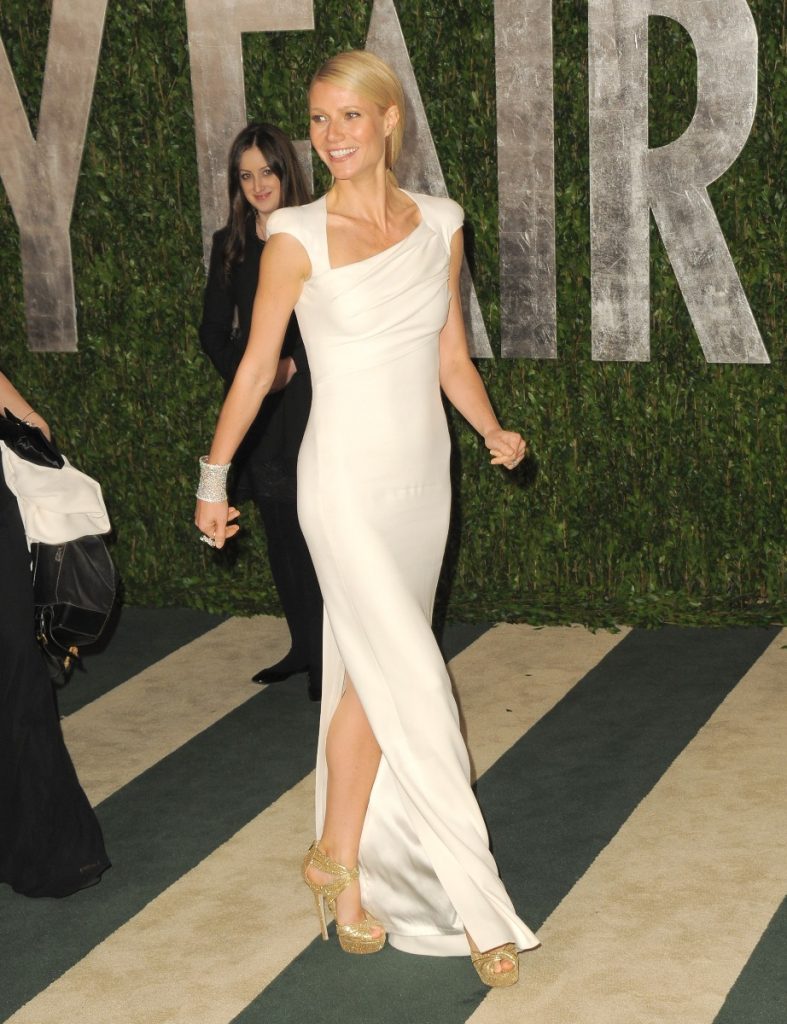 Gwyneth Paltrow at the Oscars has always been a little hit or miss (remember the sheer gothic Alexander McQueen?) but at the 2012 Oscars, it was a definite win. Opting for a crisp, white sculptural gown (with a cape!) by Tom Ford (who had not presented his Fall ’12 collection publicly), Gwyneth looked modern, chic, and easily was the best dressed on the night. 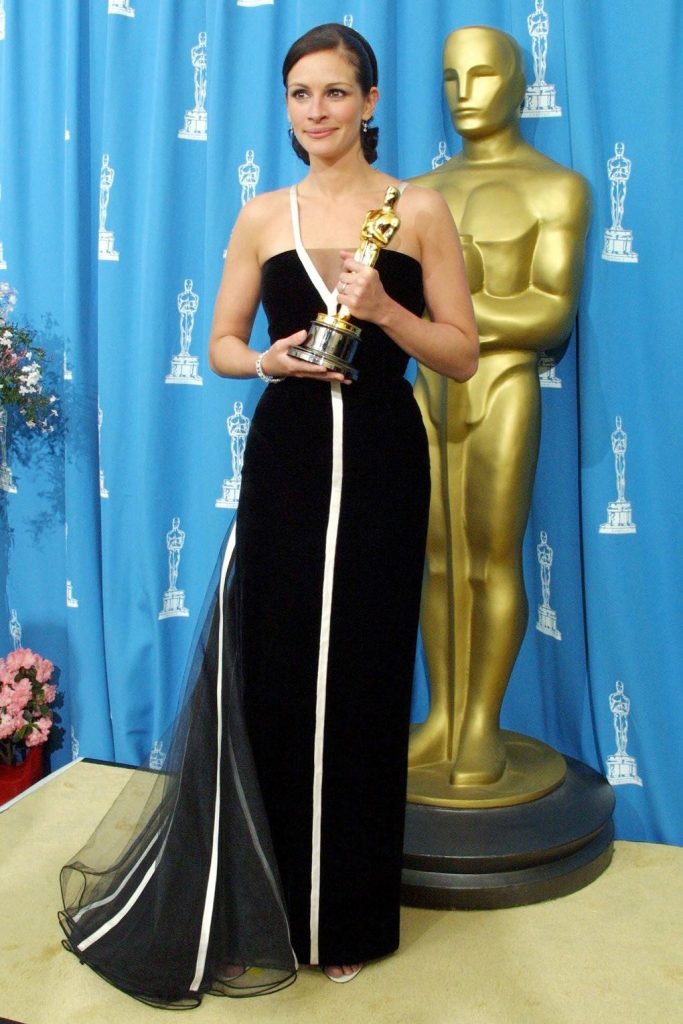 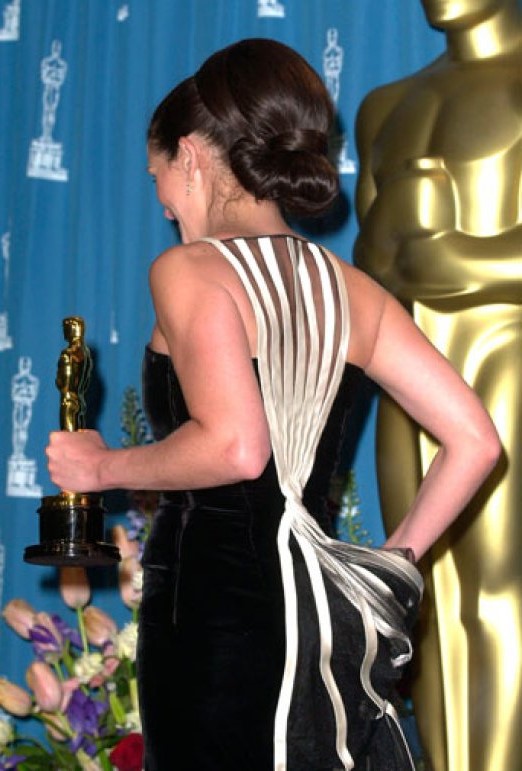 Just shy of my top spot is Julia Roberts in vintage Valentino at the 2001 Oscars. Opting for a vintage 1992 design from the Valentino archives, she walked away winning best actress for Erin Brockovich and best dressed that year. The gown was a nod to style icons like Jackie Kennedy and Grace Kelly, and has been noted by Valentino himself as being a highlight of his career, saying “I have dressed so many people but I have to be sincere. The person that made me feel so very, very happy was Julia Roberts. When she got the Academy Award for Erin Brockovich I watched it on television and really I was so excited that she appeared in my dress.” 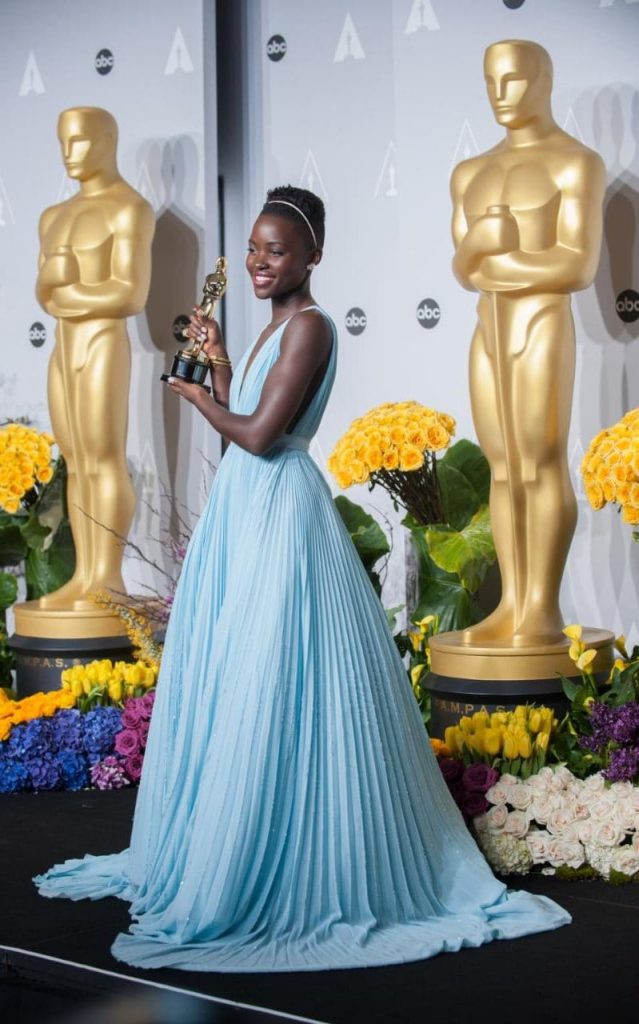 While not in my top ten, I wanted to highlight gowns that I loved that just missed the list. Lupita N’yongo in Prada, Diane Kruger in Elie Saab, and Anne Hathaway in Armani Prive all stood out for the craftmanship that went in to each gown, and for the cohesive styling from top to toe. 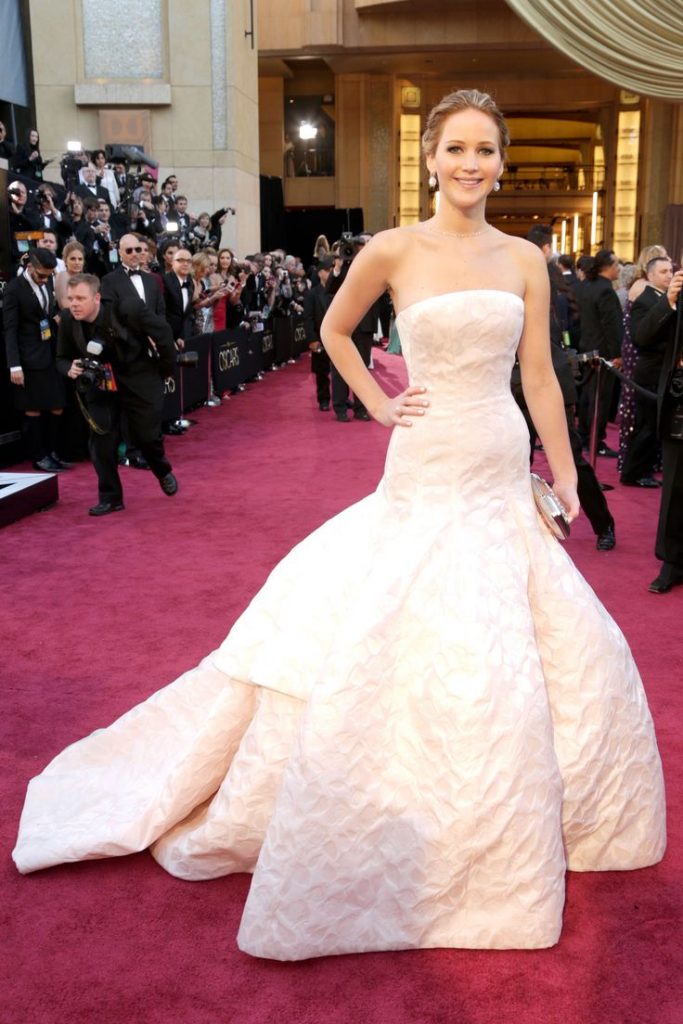 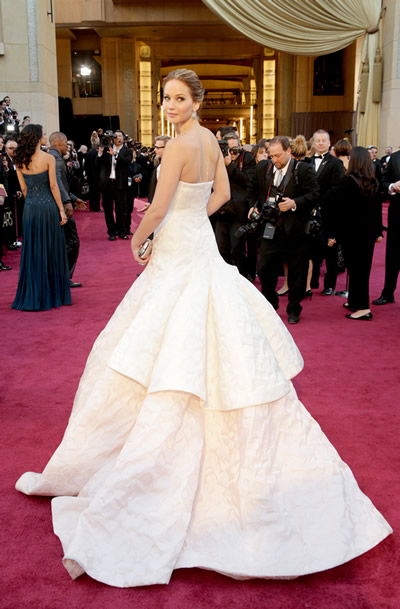 My all time favourite Oscars look has got to be Jennifer Lawrence in a strapless princess gown by Dior. From the full silhouette, to the soft pink, to the fit, the gown is everything that a red carpet look should be. Smartly, the hair, make-up and accessories were kept to a minimum, letting the dress be the star of the show.

Do you agree with my picks? Let me know what your favourite looks are in the comments below!

My Best Dressed of the Week!